MY STORY OF ISCHEMIC STROKE

MY STORY OF ISCHEMIC STROKE

How does a stroke patient feel after experiencing life and death?
On November 6, 2021 (Saturday) at 9:00~9:30 AM (EST), Roberto Rizzo, founder of the New York Film Festival, a stroke survivor, will talk online about the scenario before the stroke and the process of treatment after the stroke, and discuss the emergency treatment of stroke and related knowledge with international stroke experts from Europe, America, England, and China.
You might know that the 2021 New York City International Film Festival awarded the film “Wakeup Stroke” the “Humanitarian Award” and the “Best Short Film Award”. This touching short movie tells a story of stroke that occurred in an old man who lives alone. You may watch this short movie here:
https://youtu.be/kUKFSPBCtOY
The chairman of the film festival, Mr. Rizzo, was deeply moved by the film. He burst into tears when he watched the movie because he thought of his brother who was killed by a stroke when he was only 51 years old. Coincidentally, Roberto Rizzo suffered a stroke several months after the film festival. He told us that it was the “Wakeup Stroke” movie that saved him. He stated that when a stroke suddenly occurred, the first thing that came into his mind was the scene of the protagonist’s stroke in the movie and the related stroke knowledge. He immediately called the 911 emergency number and was taken to a nearby hospital by ambulance. After emergency thrombolysis, he recovered and was discharged after 72 hours. Mr. Rizzo is determined to help us promote stroke recognition and related knowledge, and join his wife (Ms. Ingeborg C. Johnson) to bravely appear on the online presentation and tell everyone about their personal experiences.
In the live broadcast, we invited Professor Marc Fisher, the president of the World Stroke Organization (WSO) from Harvard University, Professor Anthony Rudd from King’s college in London, Professor Gary Ford, the creator of the FAST stroke recognition tool at the University of Oxford, and Professor Scott Kasner and Dr. Renyu Liu from the University of Pennsylvania, Professor Zhao Jing from Fudan University, Professor Grethe Anderson from Denmark, Professor Li Dou from Beijing Emergency Center, and other international experts to jointly answer questions related to stroke rescue, prevention and recovery. The event will be broadcast live worldwide in English, with simultaneous translation in Chinese. Dr. Renyu Liu from at the University of Pennsylvania will be moderating during this event.
Stroke rescue in most of situations begins with the patient and the patient’s family. Immediate rescue is critical, and every second counts. Please invite your family, relatives, friends, and colleagues to watch the live broadcast. They will all likely become stroke warriors. They will help themselves and others. As the saying goes,” when you give roses to others, it leaves a lingering fragrance in your hands”. Stroke can happen to anyone at any age. Stroke is ubiquitous. Stroke warriors are also ubiquitous. Let’s work together to stop stroke from ravaging lives. Thank you for your support for fighting stroke!
This event is co-organized and co-hosted by Penn Wharton China Center.
Watch the live streaming via zoom 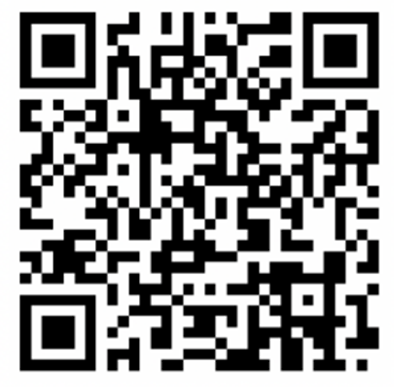 Zoom Broadcasting in both Chinese and English in two channels